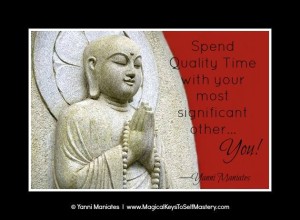 Some Benchmarks of History, Pioneers, and a Future Vision

“History clearly demonstrates that spiritual vision sustains civilization.
Without such a vitalizing spirituality, the ultimate heart of religion, civilizations
ultimately decline, and are taken over by other systems.”
~ Br. Wayne Teasdale (The Mystic Heart [MH], 48)

“Only … an Ecological Age can produce the understanding and the corresponding commitment required to stop the world of exploitation, of manipulation, of illusory money values, of mutual human abuse, of destructive violence so intense that it threatens to put the torch not only to the human city but to the planet itself. We have now acquired the power to turn the earth itself into a vast conflagration. But while we stop one world situation we must create another. Thus the need to awaken the energies needed to create a new world, to evoke a universal communion of all living and nonliving systems of the universe… What is clear is that the earth is mandating that the human community assume a responsibility never assigned to any previous generation.”
~ Fr. Thomas Berry (The Ecological Age [EA], 16-17)

Over the past few decades a new vision has been emerging, both consciously and subconsciously, among many different kinds of people worldwide, both religious and non-religious.  It is an evolutionary impetus that is leading us to a world consciousness that leaves behind the conflicts and rigid dogma of the magic-mythic-literalist mind-set and instead guides us into higher developmental levels that are pluralistic, holistic, and integral.

This new vision is helping us all to find a common ground both to openly and deeply communicate with each other and as well to join in communion and service for the common good of all.  It’s not based on ideologies of the mind, but on ancient technologies of the heart.  Technologies and inner “knowings” that have been practiced, preserved and honed over the millennia in and through the great spiritual traditions of the world.

It doesn’t matter whether we are female or male, indigenous or urban, scientist or mystic, Hindu or Muslim, we are all connected by these “golden threads” of spiritual wisdom that run through all the spiritual traditions and that are now beginning to be woven into a beautiful tapestry of Cooperation, Community, Love, Peace and Service to all sentient beings and to the Earth.  Yes, Ariadne has left us a “golden thread” to follow that can lead us out of our labyrinth of self-centered, materialistic, meaningless belief systems as well as away from the Minotaur’s steely, heartless grasp into a compassionate, inclusive world that works for all.

In the West, it is through the pioneering work and cross-cultural writings of contemporary spiritual/activist pioneers such as Fr. Thomas Merton, Fr. Bede Griffiths,  Fr. Thomas Keating, Dr. Raimundo Pannikar, and Br. Wayne Teasdale; the work of seminal thinkers in the Integral Movement such as Ken Wilber and his Integral Philosophy; Don Beck’s and Christopher Cowan’s Spiral Dynamics; the prophetic writings and activist work of Fr. Thomas Berry across the “Eco-Awareness,” “Eco-Service,” “Eco-Spirituality” and “Eco-Ministry” arenas; the pioneering work of  Mary Evelyn Tucker’s “Forum on Religions and Ecology;” Karenna Gore’s “Center for Earth Ethics;” Dr. David Sloan Wilson’s exploration and explication of the altruistic evolutionary paradigm; and many others who preceded these that the thirst–that is growing among so many on the planet for a new vision, a new Paradigm–is being quenched.

This movement in the West, of course, parallels millennia of seminal human understanding grounded in cultures of the East and the indigenous traditions of North and South.  Recently—as the indigenous wisdom-oriented Pachamama Alliance puts it– it has been the awakening of the  “1st-World Dreamer” from its imperiled materialist vision that has characterized the global shift of the last few decades.

There is a vision now that we can all begin to grasp.  It is the evolutionary impetus that is carrying us all into a whole new relationship with our selves, others, the creation and all the dimensions, possibilities and potential that makes up this incredibly beautiful, majestic and mysterious universe we live in. Critical mass is being reached. A “heart” intelligence and an inclusive vision is beginning to come into focus.

From Self Care to Earth Care (and Everything in Between)

“Self-Care to Earth-Care” feels called to share with you a piece of this vision and invites you to join us with your vision so that we can look to co-creating a new, peaceful, prosperous, world-wide community on Earth.

The etymology of the words “community” and “communion” both stem from the Latin com and union which mean “to be one with.”  We wish to bring together like-hearted and like-minded people from all over the world for this endeavor, to vision and hopefully build a community based on planet-wide trust and understanding, ethical principles, values-based vision and social activism.  In this way we can begin a vision of community/communion working toward a sustainable world that works for all.  In and with our diversity, we are destined to live as one worldwide community, whether it emerge through a “soft landing” or a “hard” one.  Our goal is the former.

Those with a vision “see” that this shift is coming, of necessity actually, as Br. Teasdale said “because of a new set of historical circumstances” [MH, 4].  Others (to be kind, but humorous) seem to belong to what some call the “Ostrich sangha”, blind and truly lost at this time of radical transition.  Teasdale declared at the beginning of The Mystic Heart “We are at the dawn of a new consciousness, a radically fresh approach to our life as the human family in a fragile world” [MH, 4].  “Every one of us is a mystic,” he said.  “We may or may not realize it; we may not even like it. But whether we know it or not, whether we accept it or not, mystical experience is always there, inviting us on a journey of ultimate discovery” [MH, 3].

Indeed, we need to become dreamers, visionaries, even “seers,” but anchoring this vision in the sanity and day to day skillfulness that Teasdale characterized in his second classic book A Monk in the World [hereafter, “MW”].  This understanding was the impetus for Teasdale to transform the “vision” of the ancient Sannyas, or renunciate.  “In our time”, he said, “…with its special needs, we require a spirituality of intense involvement and radical engagement with the world.  It is in the real world that people live their busy lives, and it is in the real world that the wisdom of the monks [Sannyas] must be…” [MW, xxiii].

Rooting our vision in the Divine Ground of our Being and thus creating an awakened spirituality that unites our inner and outer lives— one that serves us and others and preserves the Earth, combining personal spiritual growth with sacred service, this is truly the calling of our time.  “This” said Teasdale, “is what spirituality is really about” [MH, 18].

The pioneer-activists mentioned above, and all their predecessors East, West, North and South have sketched out a new vision for this millennium.  They are pointing us to a new paradigm from which we can maximize the potential for a new world of peace and prosperity while at the same time minimizing the all too real chance for a catastrophic demise of civilization.

The reality of the Ecology Age is upon us.  Today technology and ease of travel have created a “global village.”  As Dr. Kurt Johnson of this website says in opening nearly all of his programs “globalization and multiculturalism are inevitable.  Indeed, they are already here”.  Groundswells like The Eco-Spirituality Movement, The Journey of the Universe, Big History, and such initiatives as today’s indigenous-oriented Pachamama Alliance’s “Awakening the Dreamer”, are all calling civil society to secure our planet’s environmental future through a sound ecological footing.

In A Monk in the World, Teasdale wrote sections on “The Community of Nature,” “Nature’s Symbolism,” “The Struggle to Promote Change,” and “The World as Community and Testing Ground,” attention to which he said, in The Mystic Heart, was part of our “sacred duty to earth” [MH 8, 132].  Although the “grandfather” of Interspirituality, Br. Teasdale, emphasized the ecological vision of Fr. Thomas Berry throughout his seminal works, substantially referring to him nearly a dozen times, no one might have suspected the ultimate synergy of their two worlds and passions that has unfolded today. It has become the nexus of “Self-Care” (personal spirituality, development and maturation) and “Earth-Care” (care, repair and sustenance of Gaia, “Mother Earth”).

As the West’s seminal “eco-theologian”, Fr. Berry, following on the vision of iconic Jesuit cosmologist and paleontologist, Fr. Teilhard de Chardin, traced our world’s evolution through a primary Tribal Age, a secondary Age of Great Traditional Civilizations, and a third Technological Age.  He then named a fourth, impending, Age– the “Ecological Age”.

Western culture, he said, had given “men power formerly attributed only to the natural or the divine” [EA, 7].  Humanity now, Berry continued “has the power of life and death not only over human life but over the earth itself and its higher forms of life” [EA, 9]. This, he said, makes it necessary to move to an age wherein “nations must learn a primary allegiance to this larger life system….  Planetary welfare is now the welfare of each nation and each individual” [EA, 11].

When Fr. Berry assumed direction of graduate programs at Fordham University, among whose doctoral students later was Br. Wayne Teasdale, Rachel Carson had just penned her classic clarion call Silent Spring.  The innocence of the world’s technological revolution was just beginning to see the unintended consequences of its misuse and mismanagement of the natural world.  Fr. Berry was to become the major voice in Western spirituality for care of the Earth.

As we move forward, let’s begin joining passionate holists everywhere and explore together the dimensions of the emerging new world paradigm.  As Br. Wayne Teasdale outlined in [MH, 65]:

“This new paradigm must be able to accommodate all human experiences, knowledge, and capacities. It must be based on the recognition that we are intimately connected with the earth, other species, and the cosmos. Although Western cosmology from the Greeks to the present ignores the interrelatedness of all beings and dimensions of reality, mystics and certain philosophers have known this truth for millennia. It is what philosopher Ken Wilber calls the Great Chain of Being, the basis of the primordial tradition, the perennial philosophy, terms referring to the nature of reality underlying all the ancient civilizations.”

The world is burgeoning with transformative and prophetic messages today.   Interspirituality, eco-spirituality, integral wisdom, eco-sustainability, and the like, are only part of the movements for changes that are emerging globally today.  Hopefully, our theme “From Self-Care to Earth-Care”, provides an extremely useful platform for furthering these discussions.  Certainly we are gratified that the profoundly articulated vision of Ken Wilber at our July, 2015, conference in Denver, Colorado, has, to date, garnered some 10,000 views at YouTube. (See YouTube link below.)  And we look forward to posting the links for the “Roundtable Discussions” we have created with some thirty visionaries and thought leaders around the subject of David Sloan Wilson’s emerging altruistic evolution paradigm.

We hope you will join us with other concrete and promising proposals for nurturing the world’s current leading edge.

Watch the Living From The Inside Out Flash Movie

Click on the pictures below to watch this inspiring 3 minute movie.

Sign up for my Free 16 part Email Course entitled: Being a Master of Your Mind, Makes You a Master of Your Life
Have you ever wanted to end the mindless, negative chatter in your mind which creates tensions in your body and distress in your life?

I have written a very valuable and enlightening 16 part free E-mail course.
After you sign-up, you will receive one E-mail lesson every other day for the next 30 days until you have received all 16.

We respect your email privacy and promise to never sell, share, barter or rent your email address period!